Each Thankgiving the Hartline family flies out to NYC to eat a big bird with family on the last Thursday of November. However, this last Wednesday of Nov. we now have a new family tradition - see a broadway show. Since my son is now 4 years old, he is now old enough to see his 1st play. After giving it some serious thought, we decided upon Mary Poppins.
My lovely wife has a college friend who does the lighting for the Broadway show. We were lucky enough to go backstage after the show. Below are a few pics. Enjoy! 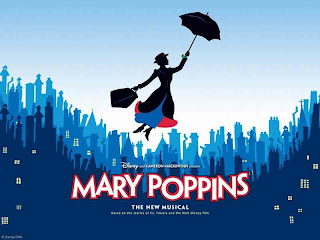 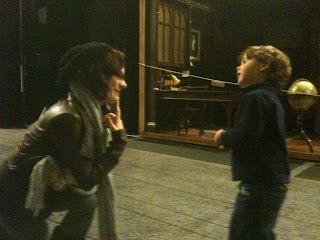 Jackson talking to none other then Mary Poppins. She tried singing 'a spoon full of sugar' to him but he interuptted her to talk about his new shoes. 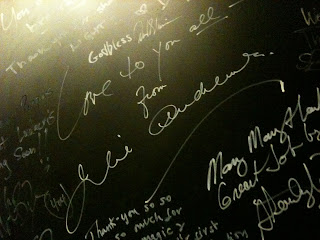 The original Mary Poppins, Ms. Julie Andrews signs the mainstage wall that faces away from the audience 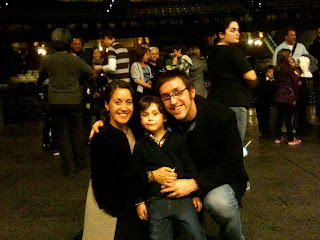 The Hartline Fam on stage - watch out Osmonds, were coming for you! 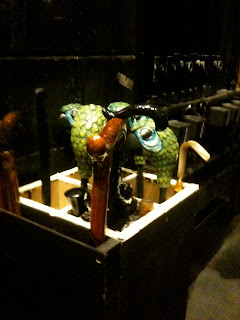 The many Mary Poppins' umbrellas 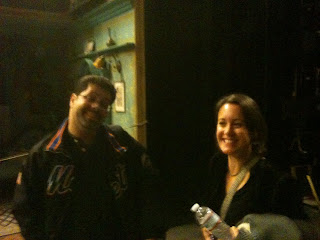 My beautiful wife Karen and her college friend Carlos. 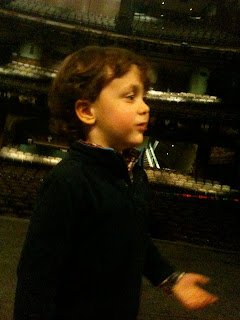 J-Rock hits the stage. Next time all those seats behind him will be full :)
Thank you Carlos for a great night!
Posted by Aaron Hartline at 10:43 PM