pic of the week 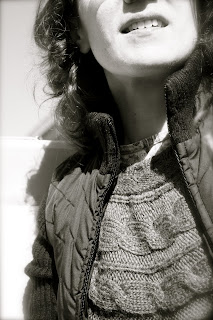 A friend of mine is a avid photographer - he takes some really interesting pictures. When I asked him how he comes up with some amazing shots - he told me he doesnt look when he shoots. He just holds up the camera and clicks away. Whatever he gets is a happy accident.
Heres a pic I took of my beautiful wife Karen. Its my 'happy accident'
Posted by Aaron Hartline at 11:41 PM 1 comment: 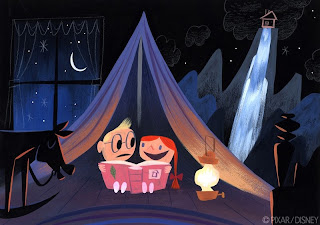 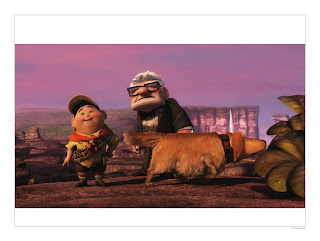 5) Carl nearly falls out the window of the blimp - says 'Come on Kevin!' They both go climbing up the ladder as Muntz stumbles to his feet. Noticing them escaping, he reaches for Carl's leg - just missing it. Carl continues to climb when all of a sudden he slips - barely holding on. Looks down and sees Muntz coming up fast. Carl gathers his footing and continues to climb out of frame.
6) Carl just put out the flames on his house. He is breathing heavily with his back turned to us - Russell says 'you gave away Kevin'. Cut to Russell - 'You just gave her away'. Carl quietly says to himself 'This is none of my concern' Then turns yelling in anger 'I didnt ask for any of this!!'
Posted by Aaron Hartline at 1:08 PM 3 comments:

'UP' is almost here! Just one more day. 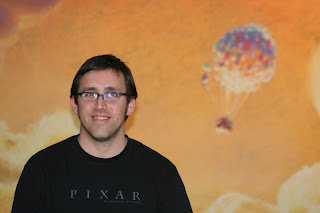 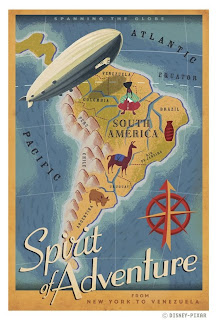 Its been a long journey - back in Chicago I went to go see a film called 'Toy Story' on my lunch break. Walking out of that theater right into night school,  3 animated shorts, 5 siggraphs, 3 companies, 3 cities, countless demo reels, countless rejection letters, and 14 years later....
'UP' my 1st Pixar film.
I love you Grandma and Grandpa Hartline. I hope there is theatres up there - because I thought of you a awful alot when I was animating on this film.
Posted by Aaron Hartline at 11:12 PM 11 comments:

pic of the week 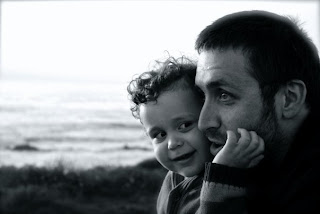 Papa and Son
Posted by Aaron Hartline at 11:10 PM 1 comment:

I love my job! Where else do you go into work in the morning and look up to see a blimp next to a guy in a sofa chair being lifted by balloons.
Today the press got their first glimpse of 'UP' at Pixar. Sure hope they liked it! 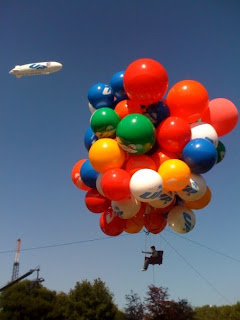 Toy Story 3 Animation has officially begun. After the wrap party for UP Saturday night, Animation decided to get a fresh start on Monday. We shaved our heads and beards - then letting it grow until animation wraps. Im not looking forward to this itchy beard!
From time to time - i'll post a pic to show my hair growing skills. 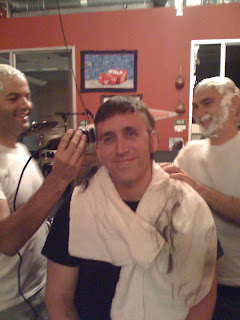 Supervising Animators Bobby and Mike do the honors 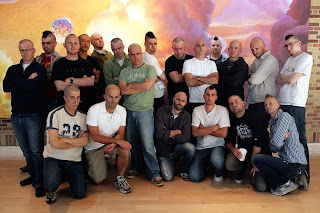